Home > Trade > What is a Tax Havens? – Characteristics, Companies to Use, and More

What is a Tax Havens? – Characteristics, Companies to Use, and More

What is a Tax Havens?

A tax havens, also known as a tax shelter due to its not very transparent nature, is nothing more than a territorial political unit with too lax tax regimes.

We can be talking about a whole country like Luxembourg or territory of this, for example, the state of Delaware in the United States.

These are regions where the tax burden is significantly low or nil, in addition to allowing companies to be domiciled legally, even though they do not operate there. For practical purposes, its citizens are supposed to benefit from such low tax burdens, but the truth is more sinister.

It turns out that many companies and corporations, and very wealthy individuals, resort to setting up bank accounts in these places to evade taxes.

What are the Characteristics of a Tax Havens?

Various elements must consider classifying a country as a tax haven. It depends on the government’s legal criteria, entity, or institution that evaluates these territorial spaces. Among the main characteristics of tax shelters we have:

1. No or Very Low Tax Burden

2. Secrecy and Opacity of Information

Why Tax Havens are a Problem?

A tax haven is a crucial element in the unequal distribution of the world’s wealth. Only 1% of the population has a wealth more significant than that of the remaining 99%.

If you think that tax havens do not affect your day to day and that it only affects the wealthy and large companies, we have bad and bitter news for you: it is not like that.

3. Everyone Wants to be Part

In Spain: Santander Group and BBVA

The Netherlands: ING and Rabobank.

What are the Main Companies that Use Tax Havens? 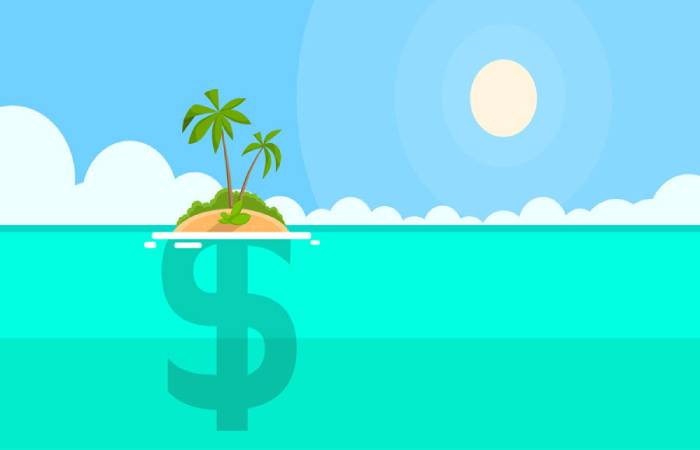 Which are the Agencies that Act against Tax Havens?

As expected, the list of countries and territories considered tax havens is, unfortunately, pervasive.

The OECD, the European Union, the International Monetary Fund, and each country has its list of countries considered tax-havens. This variation is the elements that each entity considers to justify a State’s inclusion in that classification.

According to the OECD, the only tax haven in the world is Trinidad and Tobago. The following are countries that have relaxed their banking secrecy to a greater or lesser extent for fear of sanctions. And also, the latter are:

For its part, the International Monetary Fund, taking into account various sources, such as the NGO above Oxfam, include:

Like other European countries, its criteria to designate a territory within its blacklist of tax havens.

In concrete terms, if a country signs and implements an exchange of information on tax matters, it is a condition to remove it from said list. And also, but it has also created a set of tax control mechanisms. Some of these requirements are:

This instrument seeks that those who reside in the territory must contribute to the treasury the income tax of physical persons. It also aims to avoid that these people who placed their capital in companies in environments with low tax rates stop paying what they owe.

This informative declaration requires the taxpayer to declare their properties, assets, and rights in a foreign territory.

This return must be submitted by those consider within the taxpayer category of corporation tax and non-resident income tax. And also, these focus on related-party transactions in some commercial or family-type transactions to avoid tax fraud.

Also Read: What is a Process Infographic? – Examples, Where to Find, and More

Also,You can find more helpful resources at The Pink Charm.

Review What is a Tax Havens? – Characteristics, Companies to Use, and More. Cancel reply

What is a Process Infographic? – Examples, Where to Find, and More