Home > Technology > Traditional PBX Vs Cloud PBX – What Is The Difference, And Which Is Better? 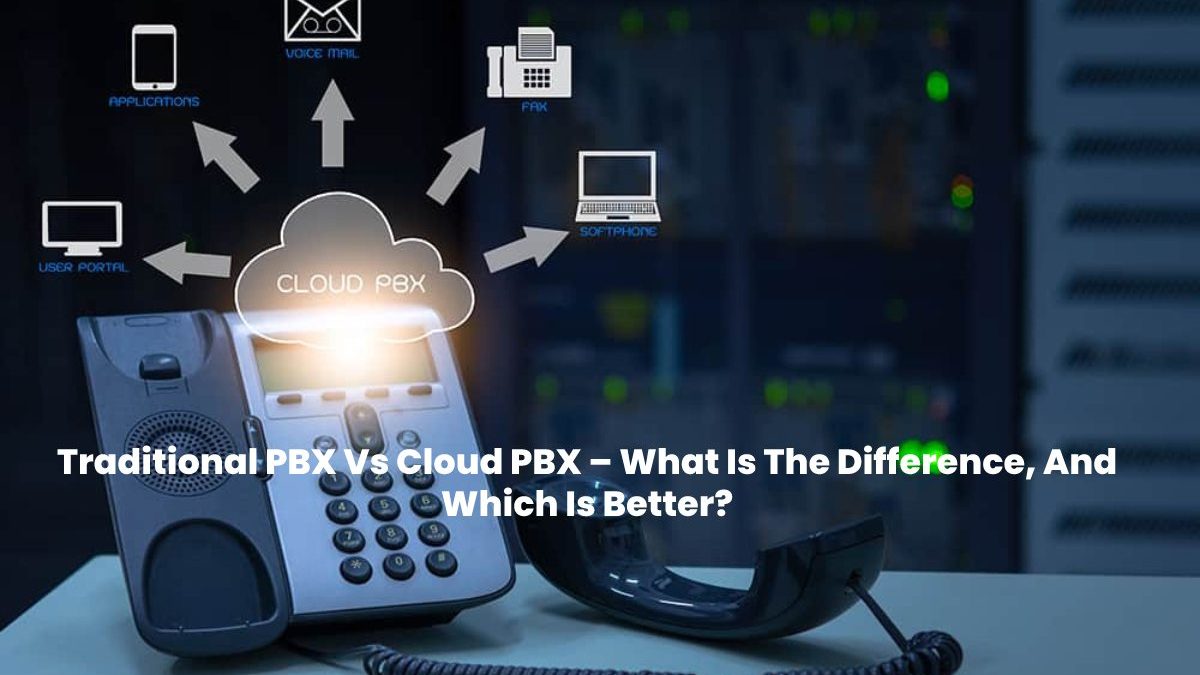 Traditional PBX Vs Cloud PBX – What Is The Difference, And Which Is Better?

Despite the rapid advancements in technology and the emergence of social media taking over, phones still play a vital role in the successful operations of businesses around the world. You might be surprised to learn that a great number of businesses use private branch exchange telephone systems for communicating outside of businesses as well as inside. There’s no doubt that these systems are popular for a reason, and this article is going to explain the difference between traditional and cloud private branch exchanges and come to a conclusion as to which is better.

What is traditional PBX?

These traditional systems are classic plug-in systems that require the purchase and usage of physical equipment such as servers, handsets, phone lines, and so on. The purpose of the system is simply to route calls via a range of different networks and phone lines. But, it is worth noting that the traditional PSTN/ISDN phone lines are due to be switched off by BT Openreach in 2025.

When it comes to this type of PBX system, you are in charge of installing and setting up the different components, as well as maintaining the system and regularly updating the system over its lifespan. However, unlike regular phones, these systems provide call forwarding, call holding, routing, recording and a series of other handy features.

What is cloud PBX?

Cloud based PBX systems have the same purpose and function in the same way as traditional PBX systems but, as you might have guessed, they work through the cloud via the internet. However, the key advantage of this system is that there is little to no physical equipment required and things like servers are handled by the provider of the cloud PBX. For example, Voice, Data and Mobile Services by Gamma allows users to make calls via the internet and has access on desktops, smartphones and other devices, making them inexpensive and ideal for remote teams.

So, as you can see, the only difference between the two systems is really that the traditional system has to be on-premises and requires physical equipment to operate it, whereas cloud systems don’t.

But which is better?

There is no one reply as to which is better – that depends on the needs of your business. As a rule, companies who are large, financially stable and have an experienced IT team would be best off with a traditional PBX system. SMEs are likely to be better off with a cloud PBX system because they’re more affordable and scalable.

Here are a few pros and cons of each:

And there you have it – all the basics you need to know about the difference between traditional and cloud PBXs, and how to know which is better to suit your needs and requirements.

Review Traditional PBX Vs Cloud PBX – What Is The Difference, And Which Is Better?. Cancel reply

5 Ways To Build Valuable Brand Loyalty (And Keep It)

4 Ways To Use Data Analytics To Build Your Brand

Do You Really Need A VPN During Business Travel?